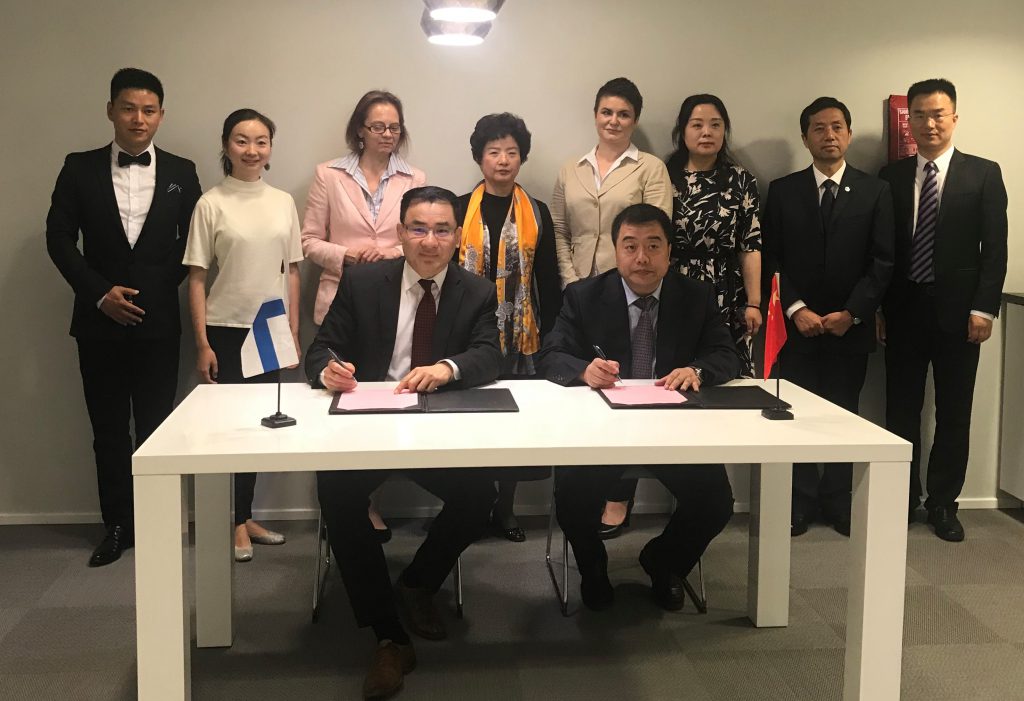 Ms. Shi Xiaohong, member of the Standing Committee of Xi’an Municipal Committee, Minister of the United Front Work Department and Chairman of the Overseas Friendship Association, led a delegation of Xi’an People’s Government to visit the Finnish Chinese Business Council and the Finnish China Development and Exchange Center. The two sides conducted in-depth exchanges and discussions on the promotion of economic and cultural exchanges between Xi’an and Finland, as well as trade, education and scientific cooperation. The successful launch of the Sino-European Kouvola-Xi’an International Intermodal Transport on November 10, 2017 has become an important logistics channel for Finland and the Nordic countries in conducting business with China.