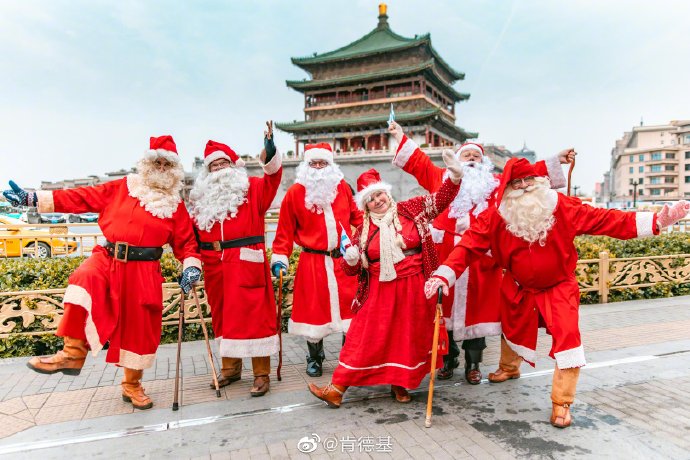 In order to promote tourism from China to Finland, the “Finnish Santa Claus Tour to China” was held in China six cities: Shanghai, Beijing, Wuhan, Xi’an, Chengdu and Guangzhou during December 16-21, 2019.

The event was strongly supported by the Finnish National Parliament, the Chinese Embassy in Finland, VisitFinland, the China Association of Small and Medium Enterprises, the China Forestry and Environment Promotion Association, the Finnish Chinese Chamber of Commerce, and the Finland China Development and Exchange Center.

A delegation of ambassadors of the people of Finland, consisting of six Santa Clauses from Finland, carried out promotional activities in six cities: Shanghai, Beijing, Wuhan, Xi’an, Chengdu and Guangzhou.

As a friendly messenger of Finnish culture and the Finnish people, Santa Claus of Finland has brought the friendly and kindness of the Finnish people, Finnish beautiful environment and environmental protection experience, and Finnish cuisine to the Chinese people. “Finland Santa Claus Tour to China” provides a good publicity opportunity for the world to better understand China, and also provides the Chinese people with the most touching live interaction and experience of understanding Finland, in a concrete embodiment of China’s “Belt and Road” spirit.